I had just been out of secondary school when I was introduced to him. He was one of the figures in fellowship that I revered but didn’t want to necessarily be close to. I had thought that getting close to him will spoil the fun of referencing him. He would become human, someone like me and that might make me lose my respect for him. That was what I thought, so I tried to be far away from him while I took every of his word to be gospel. He could never do wrong and I didn’t want to be close enough to see him actually do wrong.

But I needed some guidance in my life at the time. I was not in a good state of mind psychologically and spiritually. Therefore, my friend who was already close with him thought it would be a good idea to meet with him. And I did. That was the beginning of our affair.

Beejay is fierce in discipline – of himself and others, and in protection – of all his children. He is violent in the place of prayer and totally rugged for the gospel. My first trip alone was to a discipleship program that he had organised with some of his friends for some fellowship members at Kwara Polytechnic, Ilorin. This was 2010. He taught so beautifully, carefully dividing the word of truth. Before then, speaking in tongues was not something that you do in public (that was what I had always knew). But Beejay nudged all his children to speak boldly. That is your special means of communication with God – not everyone else will understand what you are saying always. But your Daddy does, so speak boldy. That’s what he would say and oh! We spoke until the roof was on fire. Until our soul, spirit and body was on fire enough for us to ignite everywhere we went such that we became radicals like him. In a way that we become terrors in our local churches such that elders in the church were afraid of the dimensions from which every little opportunity they give for us to take the pulpit would turn out. We were unstoppable. We still are.

He would give me a long stare after every of my whining of being wronged and treated badly by those that were close to me and say to me, “you know that no one has a right over the outcome of your life except you, right? None of these experiences of your life is a waste. They are preparations for the heights that God is taken you to. No great destiny has ever had it easy. So, you can either stay down because you feel down or you can take what you have been through and use it as a fuel for the great heights ahead of you.” And when he puts it like that, you feel like a fool for ever sulking. And then you get up and take charge of your life and aim to write your story exactly how you want to be remembered.

Beejay will never leave you alone. Sometime, his love is overbearing – in every good way possible. He never throws away the baby with the bath water. Someone who he had called a child of his once got pregnant out of wedlock and because I knew him and how much he frowns against such mishap, I was shocked when he invited me to follow him to attend the wedding. I didn’t think he would go. To be honest, I didn’t plan to attend. But when Beejay invite you to attend a program or an event with him, you drop everything. Because he is that honorable. Because it is an opportunity to learn something new. Because it is an invite into his mind, his revelation and to listen to him share some of those “burdens” he constantly has. And we had fun at the wedding.

He taught me how to love. This might come as a shock to many, but he would teach me how to reply a romantic text from my first boyfriend. Everything that I have as a spec for a man I got from being around him. He loves too easily and he is never out of trust and chances. I learn a lot about understanding people from him. He sees people for who they are and loves them in all their weaknesses. It is the reason he would never say no to a call of another child coming to live with him. No one is ever a burden to him. He helps you to grow into the best version of you and teach you how to manage the relationships in your life. He would always say, “no relationship is ever worth giving up. Everyone has their place in your story. You can only prioritize importance.” 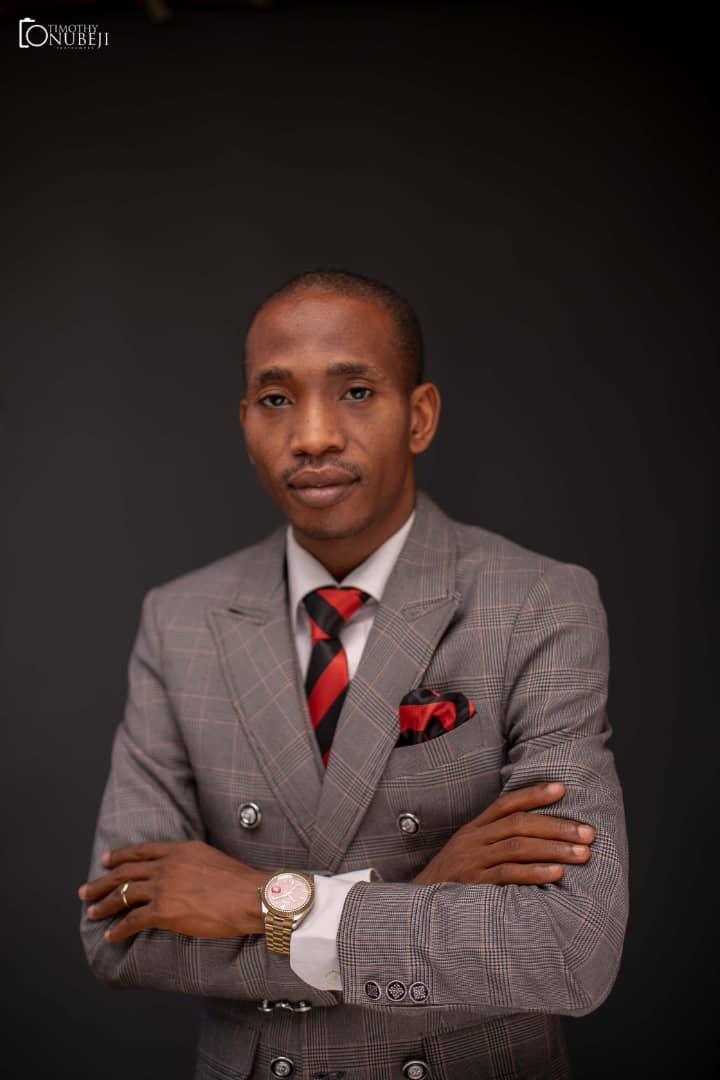 Beejay’s humility humbles me. He is never too proud to ask for correction (especially on his grammar (Thank God for God in his life today)) on anything. As much as he teaches, he listens to suggestions. He would constantly ask for an edit of his messages so that he can learn and improve the next time. And he gives – to a fault. Nothing he owns is too precious to give away to anyone (well, I don’t think he would give away his wife and all his children though). Everything about him is first for service to God and His people.

I could never exhaust how much I have learnt from him and his precious wife. everything about your life is a blessing and a spur for many of us to be more. So I express gratitude to God always for every road that led me to them. They remain a beautiful part of my story. I could never be rid of them and I am not even going to try because I am grounded in God’s word and in life because of them and their obedience to God.

I love you Papa. Thank God for you.